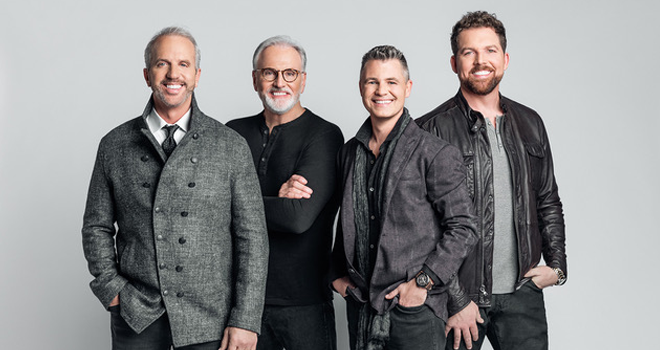 Triumphant’s smooth harmonies, and rich quartet sound quickly gained them national attention, recognition and concert demand. That popularity promoted the group in 2008, from singing daily at the theater, to touring nationally and performing in major concert venues, auditoriums and churches. It has also voted them the Fan Favorite Quartet in the Gospel Music field for the last several years, and each group member also being nominated for and receiving various awards.

Triumphant Quartet has had multiple #1 songs and several others have climbed the Top 40 music charts. They have multiple songs and albums of the year as well, which contributed to their popularity.

Gospel music fans agree that the triumphant sound is distinctive, solid quartet singing, voting them fan favorite artist of the year for 2018. Triumphant excels in diversity, and also expands their musical borders to a wide variety of styles, that is enjoyed by church audiences and music lovers.